This is a classic Irish recipe. My recipe is based on one by acclaimed Irish chef Kevin Dundon. I chose to add leeks and Tuscan kale to the recipe and to simply both the preparation and method, including using unpeeled potatoes. I have made this dish with either kale or cabbage, and both versions were very delicious. Typically this is considered a side dish, often served with boiled ham (or Corned Beef in the States) or Irish bacon, however my husband and I found this filling enough to be a stand alone dinner. I like to use Yukon gold potatoes (skin on for extra dietary fibre and nutrition) in this as opposed to red or russet potatoes. Yukon gold lend a smooth, silky buttery texture to anything they are in, including colcannon. Russet tend to be a starchier potato and red potatoes have a more mealy texture. However, as with all my recipes, I encourage you to use whatever produce you have available to you locally. I also choose to steam my potatoes as opposed to boiling them, also to better preserve the nutrition, however boiled potatoes are also fine to use. 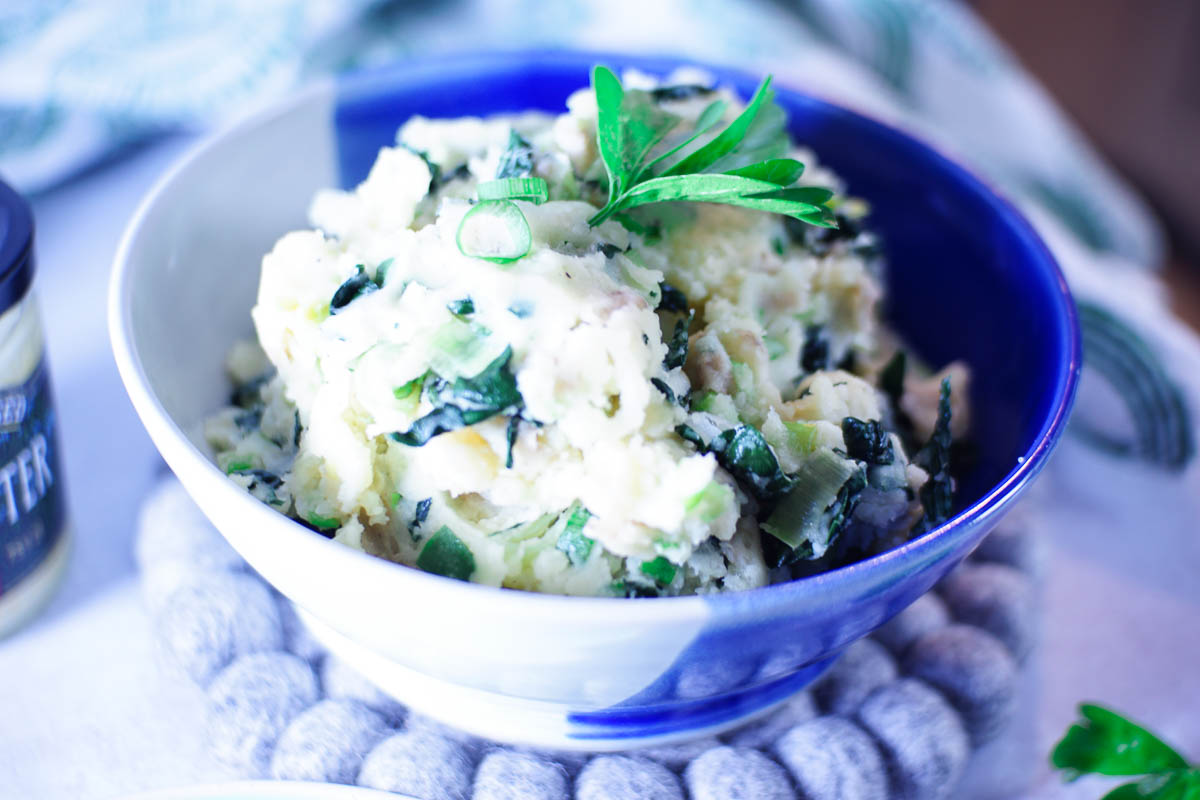 Steam potatoes until cooked through and fork tender but not mushy. While still hot, mash potatoes until smooth and add first amount of ghee/butter, creamer and sea salt and pepper and mix until potatoes are smooth and creamy.

Add 1-2 tbsp ghee or butter to a large saucepan. Add leeks and a little sea salt and cook over medium heat until softened but not browned, about 15 minutes. Add kale and cook for another 10-15 minutes until softened, but still bright green.